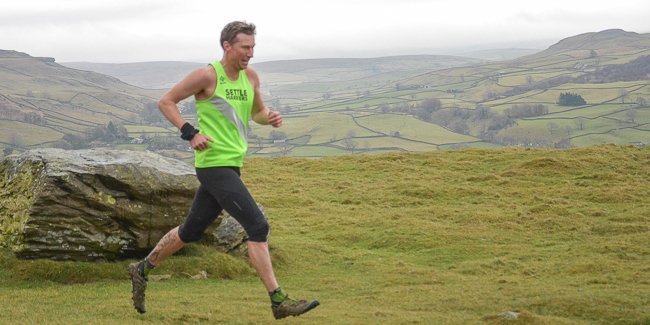 The Settle Harriers cross-country squad travelled to Bramley last Saturday for the 2nd of 4 West Yorkshire League Cross-Country League fixtures.  The course was similar to the first fixture – undulating parkland with a bit of mud to contend with in places.

Unlike the first fixture, we were not lucky with the weather this time.  A succession of heavy downpours didn’t stop our juniors from producing some excellent performances though and they all placed higher in their respectiive races compared to the fixture a fortnight ago.

Seb was first off in the Under 11 boys and he ran impresively again to finish 6th – one higher than last time.  Next was Erin who improved by 6 places to finish 43rd.  Our  Under 13 girls showed massive improvements with Emily improving by 14 places to finish 26th and Honor by 13 places to finish 40th.  Unfortunately Bob had to pull out of the Under 13 boys race at half-way due to an injury (he’s OK now).

In the Under 17 girls, well done to Grace who finished 8th (up from 21st in the first fixture) and to Sally Handford, running for her first-claim club Keighley and Craven, who had a fine run to finish 5th.  Mark also ran strongly to finish 13th in the boys race (up from 19th).

In the seniors, Carol gradually moved through the field to finish 24th and 2nd W50, but ahead of her fell-running W50 rival Gill Myers.  Debbie also ran strongly to finish 47th.  Claire Lilley, who helps out with our junior coaching, also ran well to finish 21st in Skipton AC colours.

In the mens race, Sam made his cross-country debut and enjoyed the best of the weather conditions to finish an encouraging 96th.  It was interesting to note that the mens team race was won by Wharfedale Harriers, with many of their noted fell runners to the fore (James Hall, Sam Watson etc)

Well done to everyone that took part – hope you enjoyed it despite the weather. Thanks also to all the parents for their support and help.

The next fixture is at West Park, Leeds on Sunday 17th November. Hope to see you all there !

Our results were as follows (full results at  http://www.westyorkshireathletics.org.uk/:)