Becky’s lockdown_2 challenges are a great motivator for dragging you away from another Netflix binge, and Roger and I fancied combining ticking a few trig points (Challenge #2) and some post boxes (Challenge #7). Three trig points seemed fair enough, but 5 post boxes was a bit on the easy side, so we spent hours analysing postboxes4nerds.com and cross-correlating with trigs4nerds.com.

This identified 3 trig points – one of which was new to both of us – and 21 post boxes / post offices, which looked like a feasible target from Settle; we just needed an optimum route between them. This is like the Travelling Salesman problem, which is notoriously difficult to solve – we clearly needed a quantum computer. Sadly, we didn’t have one, so we just resorted to shambling around aimlessly, hoping we’d accidentally come across our targets’ en route.

The first box – a standard Elizabeth II in Settle

Roger came up with the excellent idea of doing the run in Postman Pat fancy dress (lockdown challenge #16). I was all for this, but then it almost came to blows over who would have to be the cat. After relentless arguments we went for a vote, which I definitely won, but Roger refused to concede, so we had to scrap the fancy dress idea for the time being.

Our route was based around the 3 trig points with detours to collect as many post boxes as we could fit in. From Settle this was essentially up to Warrendale Knotts (whose official name is ‘TP S5521 Langcliffe’ according to trig point experts), via Langcliffe and Stainforth to Smearset Scar and then via Austwick to the last trig at New House Pasture above Black Bank before returning to Settle via Giggleswick. 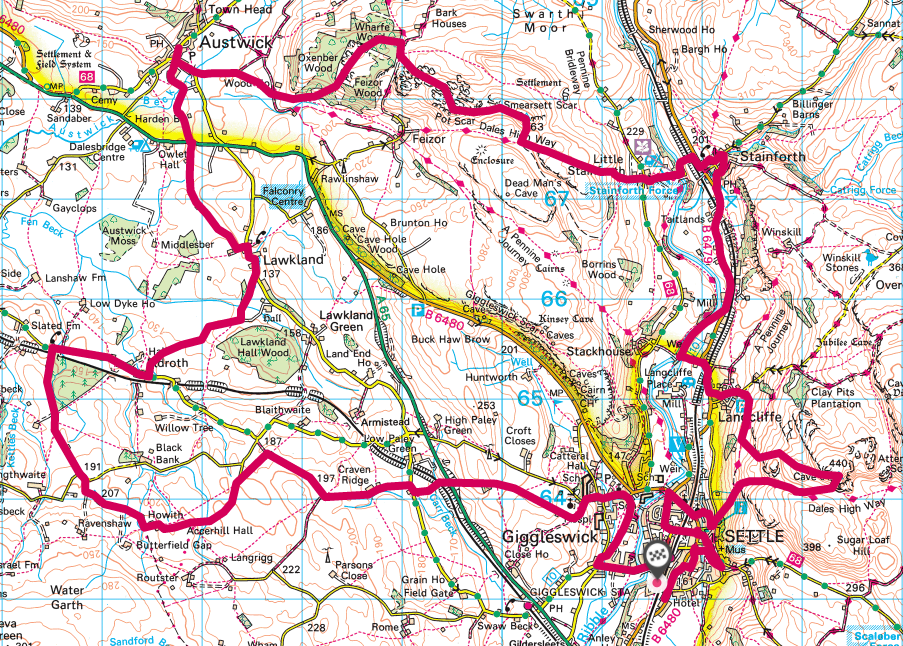 Our route through Settle was pretty convoluted but cleared up all the boxes we knew about apart from three that were easier to collect to the way back. I later discovered that my online resources had let us down and had not listed the box at Limestone View, although we went with about 50m of it. So anyone wanting to repeat the route could Trump our efforts!

Warrendale Knotts to Austwick was all pretty familiar territory with 4 post boxes en route. While taking a photo of the Austwick letter box we got into conversation with a FEDEX guy who wanted us to know there was a golden post box in Eccleston near Chorley. I prodded Roger away with my 2m pole before he started getting ideas.

From Austwick on, the paths were pretty unfamiliar to both of us. It’s worth running on those footpaths west of the A65 once in a while – just to remind yourself why you shouldn’t go running west of the A65. It was a succession of gloopy fields, suspicious cows and indistinct routes. To be fair, there were a few highlights. The Victorian letter box at Lawkland was the oldest we found and the one at Eldroth church probably the prettiest.

The trig point at New House Pasture was an odd one. I must have cycled within 100m of it loads of times without noticing it. It sits just above 200m in a wall corner on a sloping hill side that’s not remotely a summit. I guess it’s there to triangulate to Moughton and Smearset which you can see on the other side of the valley. 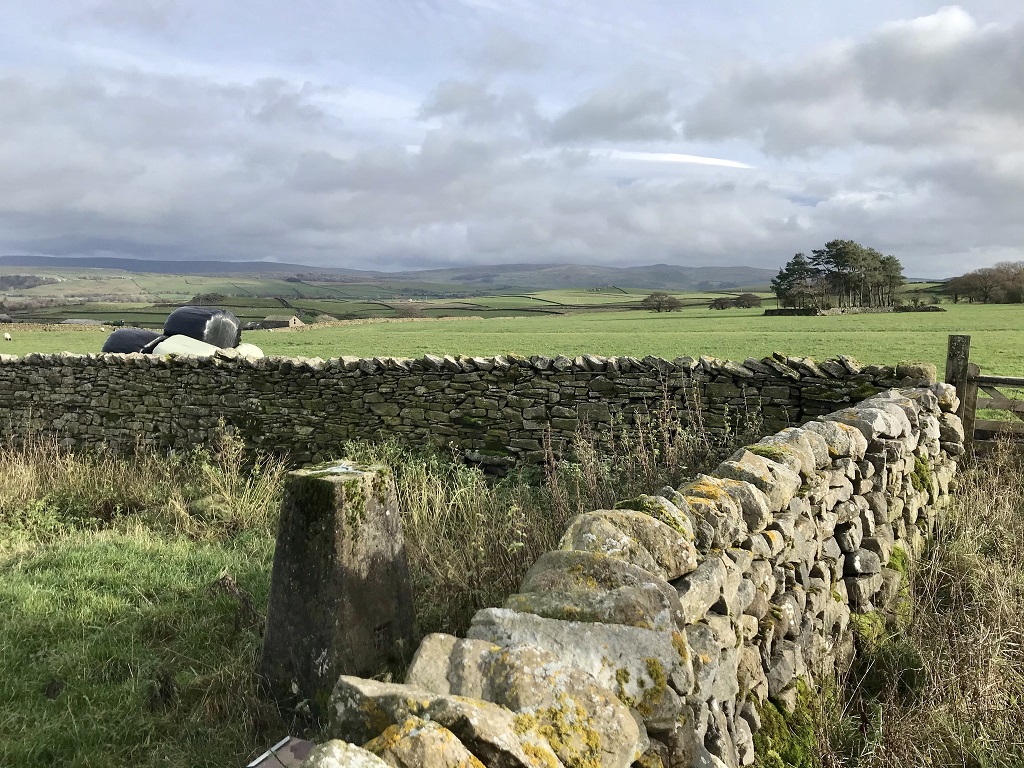 A few more gloopy fields, and we were safely back from the Dark Side west of the A65. Well, I say safe – but we still had the foot crossing of the railway, the Settle bypass and the unexploded ordnance of the Giggleswick School firing range to contend with.

We survived these and found ourselves clearing up the Gigg letter boxes and up to our final target on Cammock Lane. This one is a bit of a mystery as the lettering has been removed, but it looks like it could be another Victorian one.

Anyway, here’s a picture of Roger trying to post his ballot there for the Postman Pat/Jess fancy dress vote – clearly fraudulent as the deadline had been yesterday.