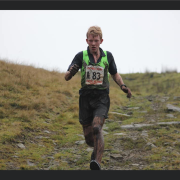 On Sunday morning (24th Nov), 4 of us drove down into deepest Lancashire to compete in the Lee Mill Relays. The event is in its 5th year running and this year there were 87 entries.

The course is just over 10 km starting along a narrow track up through a disused quarry then onto the open fell. The terrain was very wet due to rain and had a mixture of very steep short ascents, good downhills and flat open running.

I ran the first leg in 55:55 however I seemed to come back a different colour to everyone else one bog being a lot deeper than I expected! Next was Will Buckton in a time of 1:02:55 who came back a lot cleaner than me.

Which I think was a very competitive all round performance. However, more impressive was a solo runner called Chris Holdsworth who ran all 4 laps of the course in a time of 3:43 beating us by 4 minutes!

A good event for a damp November day and hopefully we will have a team next year.

(couldn’t find a photo of you Tom sorry) 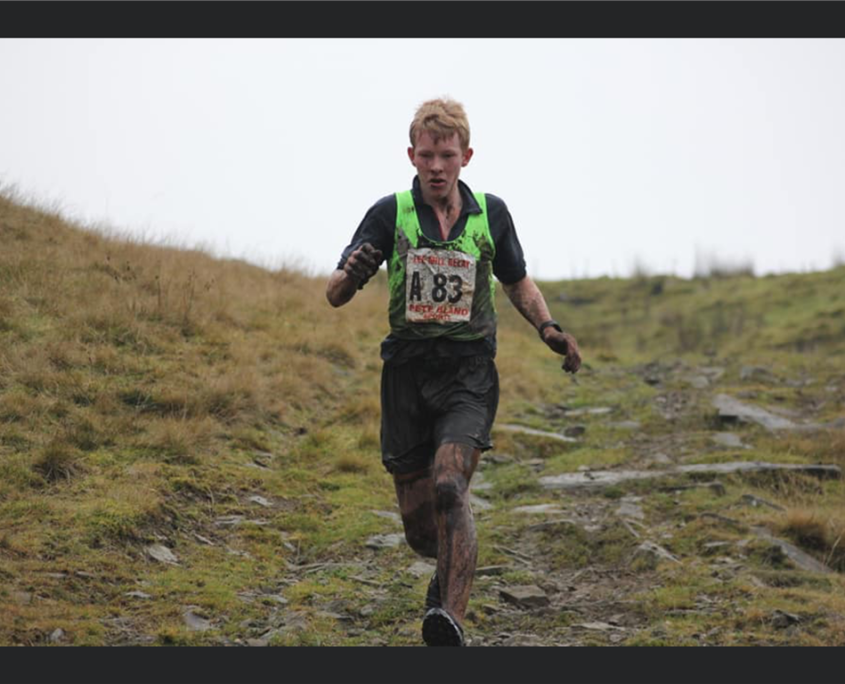 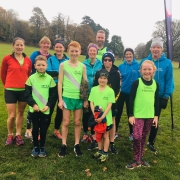 Conditions were good if a little cold before the start and the 4 lap course on tarmac paths within Aireville Park was dry.  We had 8 juniors and 9 seniors taking part and the age range of our party was from 7 years old to 60 !

There were lots of highlights with 4 of our contingent running PBs for this course and 7 making their 1st appearances in a ParkRun.

Jack Sanderson (age 11) was 1st Harrier home in an amazing 5th place overall in a field of over 200 runners.  Jack also knocked no less than 74 seconds off his 5k PB. Well done to Jack and to all our junior contingent (Oliver, Carl, Ben, Ned, Charlotte, Robert & Mabel).

It was great to see Julia Murfin on the comeback trail after a long battle to recover after her skiing accident and subsequent surgery. Carol was our first senior runner home (3rd female hoem) followed by myself, Jan, Marc, Rachel, Karen, Julia & Rebecca (running with Mabel)  Unfortunately John Eddington had to retire before the finish with a calf/achilles injury.

We hope to try and have a club ParkRun meet-up once every month and the next date and venue will be announced soon.

On Saturday 19th October, 12 Settle Harriers made the 2 hour-plus journey to Fairholmes in the Peak District and joined approximately 250 other teams for the British Fell Relay Championships. Aiming to cut down on carbon emissions around the race-site, competitors parked 6 miles from the start and boarded a shuttle bus.  The whole day, hosted by Dark Peak Fell Runners, was impeccably organised and those in charge couldn’t have done a better job. The back-drop to the hand-over/start area was stunning; the imposing Derwent Dam was accompanied by the forest and craggy hills of the National Park.

The courses were over rugged terrain, with large parts of the courses off-path and over thick heather. A few bogs and steep sections were dotted about the courses, very much making it a proper fell race and one which would take everything out of our legs.

First off for us was Matt Holroyd of the Men’s team and Catherine Speakman of the Mixed team. Both runners placed their teams in great positions for the following legs, with Matt picking off several runners on the descent before finishing 73rd and Catherine moving through the runners to come back 189th.

Our duos for the 2nd leg were Matt Fretwell and Matt Cardus (Men’s team), and Richard Timms and Sam Allsopp (Mixed team). Both teams moved up a lot of places on this leg, as Matt and Matt had the 41st fastest lap time and Sam and Richard had the 127th.

Leg 3 was the most challenging leg of them all, as the runners were only given a map of their route a few minutes before setting off. In addition, this map was not the most straight-forward of maps, and therefore tested their orienteering skills greatly!  Martin Holroyd and Zach Jennings had a cracking run as they propelled the Men’s team into the top 40, with a 48th fastest time of 1:34:45. Carol Evans and Sharon McDonald also had a great run, finishing 206th on their leg.

Several hours after the start of the relay, leg 4 runners eventually set off on their route. For the Men’s team, I moved us up into 34th and 27th Open Men’s team with the 59th fastest leg time and John Osborne propelled the Mixed team several places up into 168th and 18th Mixed team as he registered the 105th fastest time for leg 4.

Both teams had a stellar performance, but more importantly, everyone had an amazing time and the great fell running atmosphere was not lost in the competitiveness of this race. 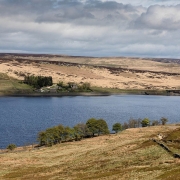 Well done to the four Harriers who completed the Widdop race last night- the photos look like it was a pleasant evening and apparently there were no midges- it must have been windy!

The finishing order was:

The next championship race is Ingleborough on Saturday. There are then no further races until September. 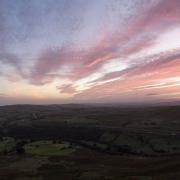